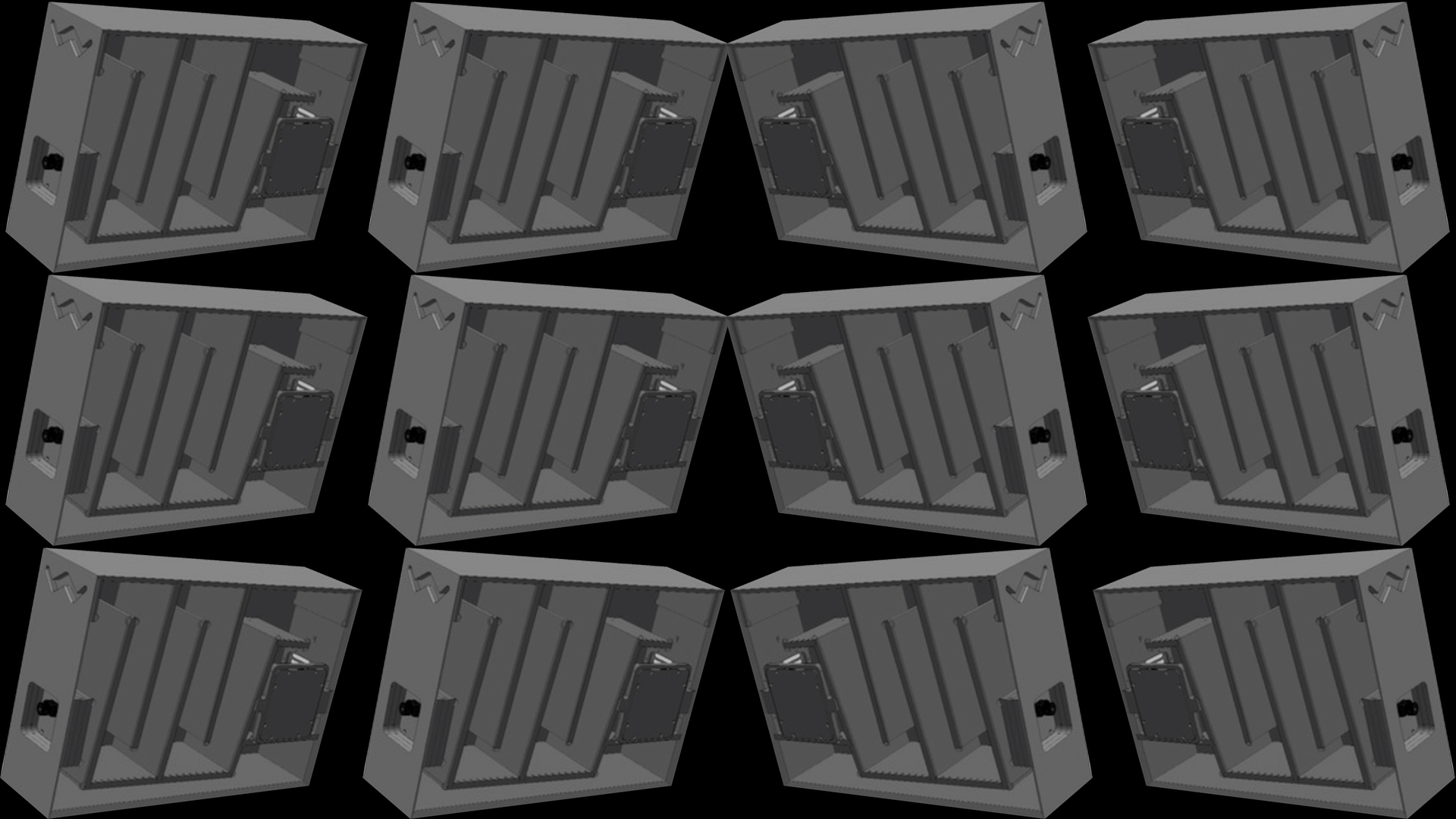 Ever since the beginning of the development of high-performance enclosed dynamic loudspeakers in the 1920s and 1930s, designers have worked to create a transducer/enclosure system that can both extend the range of reproduction to the lowest possible frequencies and also operate with very high dynamic range while maintaining very low distortion.

While these systems have offered some “one-dimensional” performance increases such as gains of 3 to 5 dB efficiency and increased maximum output (and reduced distortion) at single bass frequencies (reflex) or frequencies of a 1 to 3 to 5 relationship (such as 30, 90, 150Hz from the QWP), they have always exhibited serious limitations relative to low coloration and the ability to maintain low distortion over a broad range of bass frequencies. The audible result is a tendency for “one-note” (or three-note) bass colorations combined with inconsistent distortion profiles depending on the program material, among several other problems beyond the scope of this discussion.

In short, they traded off quality for quantity of bass; something we were unwilling to do.

At Wisdom Audio, we wanted to create a low-frequency system that could sustain dynamic contrasts and low coloration in the bass range that was comparable to our world-class planar magnetic transducers. While there are many other important design attributes involved in perfecting the new subwoofer system, we started with design criteria of the low-frequency technology that required two basic attributes:

After reviewing all current technology, we realized that something quite different would be required. We wanted the leveraged output of a tuned system without any of the single-frequency dynamic effects and colorations. We realized that we needed something like a tuned Helmholtz or tuned pipe effect, but one which, instead of resonating at a single frequency, was instead tuned to enhance the output over the complete bandwidth of the woofer system. The goal was to realize a frequency-independent waveform reinforcement.

The developed system has the attributes of reducing cone displacement (and therefore distortion) and enhancing acoustic output substantially and equally over the operating range of the subwoofer. Conventional bass reflex and tuned pipe systems depend on using the output of one side of the driver diaphragm to drive an enclosure or pipe to generate one or more resonances that are spaced far apart on frequency. Less commonly, some designs use the second side of the driver diaphragm to drive an independent, second resonant system, with its own fundamental resonant frequency. In both cases, individual resonant frequencies are realized and output is enhanced at certain frequencies while cone motion is reduced. But cone motion is increased (yielding greater distortion) at other frequencies within the pass band. As the old saying goes, existing systems “borrow from Peter to pay Paul.”

The Regenerative Transmission Line Subwoofer utilizes the acoustic output of both sides of the woofer diaphragm to drive the same internal transmission line. By doing so, we can realize a type of transitional labyrinth that uses both sides of the diaphragm to alternate back and forth, enhancing the output of the system over a broad frequency range in a multi-modal manner.

While there are many critical subtleties to the architecture, a basic description of the structure is that of a folded pipe with an optimized cross-section area from beginning to end that has a specific relationship to the surface area of the transducer diaphragm. One side of the transducer diaphragm is mounted to drive the beginning of the pipe (the closed end) emitting acoustic energy through the length of the pipe to its opening. The second side of the diaphragm is mounted to transmit acoustic energy from near the open end of the pipe back to the beginning of the pipe.

The system operates by seamlessly shifting back and forth among three modes of operation, sustaining at least a 6 dB to 9 dB gain enhancement and a 10x reduction of cone displacement and distortion across the useful range of the system.

Starting at 20 Hz, the first side of the driver diaphragm drives the length of the pipe in a manner that operates like a quarter wave-tuned pipe, with the energy within the pipe being magnified by the resonant loading of the enclosure. With frequencies at and near 20 Hz, the transducer is loaded by the tuned pipe, substantially reducing the cone motion and distortion (by a factor of 10) while generating the magnified energy (approximately 9 dB more than the direct output of the driver cone) to the exit of the pipe opening. Because the cone motion is minimized, the acoustic output of the second side of the diaphragm has no significant contribution to the output of the system in the frequency range around 20 Hz

From 20 Hz to 40 Hz, the system transitions from the first mode as a quarter-wave pipe “direct resonator” to the second mode as a “half- wave regenerator”. The two modes share the interactions to maintain the 6 to 9 dB of gain and the substantial diaphragm excursion reduction. In effect, as one mode weakens, the next strengthens, resulting in a smooth transition without any discontinuities.

These three acoustic outputs sum to maintain the plus 6 to 9 dB of gain and the second mode loads the diaphragm to minimize cone motion while generating the increased output to cone motion ratio sources:

As we move from 40 Hz to 60 Hz the system switches from the second regenerative mode back to the first direct resonant mode as the system transitions to a 3⁄4 wave resonant pipe, which enhances system output and reduces cone displacement as in the first 1⁄4 pipe mode.

As we move above 60 Hz towards 80 Hz, we once again start to transition out of direct resonant mode and we cross over the output to match the upper system, or we optimize the system for greater bandwidth, and then repeat the multi-modal transitions.

In summary, we start with a 1⁄4 wave direct resonator fully dominating at 20 Hz and move to approximately 30 Hz where the direct resonator shares its modal activity equally with the 1⁄2 wave regenerator. Next, we move on to 40 Hz, wherein the 1⁄2 wave regenerator mode fully dominates. As we continue to move up in frequency, we transition to shared modalities at approximately 50 Hz, with full direct resonator mode dominating again at 60 Hz, then the transition starts over again. Throughout the pass-band of the system, when properly aligned, the transitions are totally seamless with substantially flat amplitude response over the complete operating range of the subwoofer.

As implemented in the current Wisdom Audio product, this design approach yields strikingly dynamic and detailed bass performance that integrates quite seamlessly with the high-performance planar magnetic devices used for midrange and treble frequencies (or any other unusually fast, low-distortion speakers). Combined with intelligent subwoofer placement and the room correction that is included in all Wisdom Audio Sage Series systems (in the SC-1/2/3 System Controller) a new standard of deep bass reproduction is now possible. The proof is in the sound.